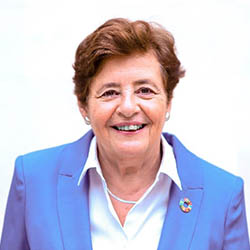 Maria João Bebianno is full professor at U Algarve and Director of Centre of Marine and Environmental Research (CIMA). She was pioneer in Portugal in the field of marine contamination and ecotoxicology. She worked for the National Commission for the Azores Acoustic Fixed Range and for the National Institute for Fisheries Research. She was Portuguese delegate to negotiate the UN Convention on the Law of the Sea and is currently member of the Group of Experts on the Regular Process for the Evaluation of the State of the Marine Environment including the UN Socio-Economic Commission. She was a member of the Portuguese Delegation to the OSPAR Convention, Barcelona Convention, ​​ICES and UNESCO IOC). She has developed collaborative research with teams from several universities and research centres of the EU (Spain, France, Ireland, Italy, UK, and Finland) and non-EU countries (Brazil, Cape Verde and China). Her research focuses on the effects of organic and inorganic “old” and emerging contaminants on aquatic organisms from coastal areas to the deep-sea. She is the President of the Portuguese Association of Women Scientists-AMONET and participates in the European Platform of Women in Science. 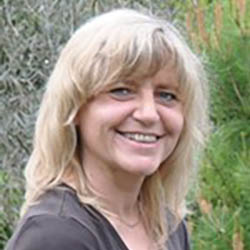 Mary-Lou Tercier-Waeber is senior researcher scientist in analytical and environmental chemistry at U Geneva and consultant of Idronaut Co, a company specialized in the development of innovative underwater marine instrumentation.
She has long-term interests in essential/toxic metal cycling in aquatic systems and the processes governing their (bio) geochemical behaviour and fate. Her research combines the development of bioanalogical sensors with ultra-trace detection limits (ppt level), mini/micro integrated analytical systems and submersible probes. She applies these tools to perform autonomous high-resolution in situ speciation analysis to investigate the mechanisms regulating the transformation of metals in aquatic systems and assess the combined effects of chemical and physical stress on their fate and impact. She was awarded in 1998 by the Swiss Technological Institute for her key innovation in sensors and submersible probes for in situ trace metal monitoring. She was Principal Investigator of the ESA project “Waterlens” (2013-2014) and the EU FP7-Ocean 2013 project “SCHeMA” (2013-2017). 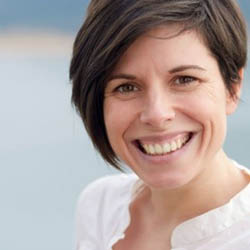 Naiara Rodríguez-Ezpeleta, PhD in Biochemistry from the U Montreal, has extensive experience in the application of genetics and genomics to a variety of fields, including marine environment management and conservation. She works as senior researcher at AZTI and is currently Chair of the ICES Working Group for the Application of Genetics to Fisheries and Aquaculture. She has participated in numerous nationally and internationally funded projects, also as project, work package and task leader. She leads the Eco-Evolutionary Genomics Applied to Marine Management group, whose members develop and apply advanced genetic technologies, such as population genomics and eDNA metabarcoding for assessing connectivity and diversity in marine organisms. She is author of over 60 scientific manuscripts, has been invited speaker at international conferences such as the World Fisheries Congress, and is editor of Molecular Ecology and Molecular Ecology Resources. (https://rodriguezezpeleta.com/) 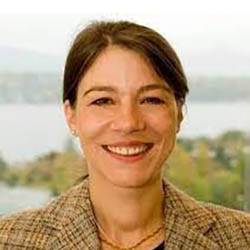 Regina Asariotis  is Senior Legal Affairs Officer and Chief of the Policy and Legislation Section (Trade Logistics Branch) in the Division on Technology and Logistics of UNCTAD (United Nations Conference on Trade and Development), where she is responsible for the Secretariat’s work in the field of transport law and policy (see http://unctad.org/ttl/legal). This includes work, since 2008, on the implications of climate change for maritime transport and technical assistance with a focus on climate change impacts and adaptation for key coastal transport infrastructure, notably seaports and airports, in Caribbean SIDS (http://SIDSport-ClimateAdapt.unctad.org). Before joining UNCTAD in 2001, she was a Senior Lecturer in Law at the U of Southampton, and member of the University’s Institute of Maritime Law, where she taught international maritime and trade law for more than 10 years. She holds a law degree from the U of Augsburg, an LL.M from the U of Southampton and a Dr. jur. from the U of Hamburg and is a Barrister (England & Wales) and Attorney at Law (Greece), as well as Member of the Chartered Institute of Arbitrators (CIArb). 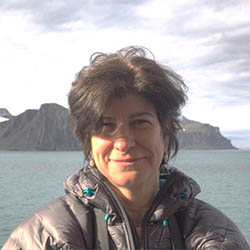 Carlota Escutia is Research Professor at the Andalusian Institute of Earth Sciences (U of Granada & CSIC). Her research focuses on seismic stratigraphy and sedimentology of clastic continental margins in high and low latitudes (global environmental and paleoclimatic change, geohazards, resource assessment). She contributed with crucial information on sedimentological record of climate change in Antarctica. She was coordinator of the ANTOSTRAT Project Land Regional Working Group, and European co-chief scientist of the Integrated Ocean Drilling Program Expedition 318. She is member of the Joint Oceanographic Institutions for Deep Earth Sampling-Antarctic Detailed Planning Group and chair of the Extreme Climates Working Group APLACON. She was co-chief officer of the steering committee of the SCAR Scientific Research Programme Past Antarctic Ice Sheet Dynamics. She is a member of Antarctic Climate Change in the 21st Century and Spanish representative to the SCAR Standing Scientific Group on Geosciences. She was awarded with the SCAR Medal for International Scientific Coordination 2020 and is Honorary Fellow of the Geological Society of America (GSA). 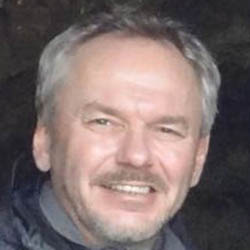 Kari K. Lehtonen is Head of the Marine Pollution Unit of the Finnish Environment Institute SYKE and Adjunct Professor in marine biology in the U of Helsinki. His work focuses on the use of biomarkers of pollution exposure and effects on marine organisms. He has been in leading roles in various international projects including the large pan-European EU 5FWP project BEEP (Biological Effects of Environmental Pollution in Marine Coastal Ecosystems, 2001-2004), and the BONUS+ programme BEAST project (Biological Effects of Anthropogenic Chemical Stress: Tools for the Assessment of Ecosystem Health, 2009-2011). He has participated on projects focused on risk assessment and effects on marine organisms of dumped chemical and conventional weapons (CHEMSEA 2011-2013; DAIMON 2016-2019; WARTOX 2021-2023) and oil and oil response methods (GRACE 2016-2019; OILRES 2015-2019). He is guest expert in HELCOM and ICES. He was a member of the Europe Council of the Society of Environmental Toxicology and Chemistry (SETAC) 2012-2018 and co-chair of the Scientific Board and the Organising Committee of the SETAC Annual Meeting 2019.

Volver arriba
We use cookies on our website to give you the most relevant experience by remembering your preferences and repeat visits. By clicking “Accept All”, you consent to the use of ALL the cookies. However, you may visit "Cookie Settings" to provide a controlled consent.
Cookie SettingsAccept All
Manage consent

This website uses cookies to improve your experience while you navigate through the website. Out of these, the cookies that are categorized as necessary are stored on your browser as they are essential for the working of basic functionalities of the website. We also use third-party cookies that help us analyze and understand how you use this website. These cookies will be stored in your browser only with your consent. You also have the option to opt-out of these cookies. But opting out of some of these cookies may affect your browsing experience.
Necessary Siempre activado
Necessary cookies are absolutely essential for the website to function properly. These cookies ensure basic functionalities and security features of the website, anonymously.
Functional
Functional cookies help to perform certain functionalities like sharing the content of the website on social media platforms, collect feedbacks, and other third-party features.
Performance
Performance cookies are used to understand and analyze the key performance indexes of the website which helps in delivering a better user experience for the visitors.
Analytics
Analytical cookies are used to understand how visitors interact with the website. These cookies help provide information on metrics the number of visitors, bounce rate, traffic source, etc.
Advertisement
Advertisement cookies are used to provide visitors with relevant ads and marketing campaigns. These cookies track visitors across websites and collect information to provide customized ads.
Others
Other uncategorized cookies are those that are being analyzed and have not been classified into a category as yet.
GUARDAR Y ACEPTAR